Saturday, February 1st, eighteen middle and high school teams will be at NIST competing in the Battle in Bangkok 2020 – Thailand VRC National Championship. The teams come from Thailand and Indonesia this year. Teams are vying for a variety of awards on the day, as well as the chance to qualify to go to the Worlds VEX Robotics Competition in Lousiville, Kentucky this April. Teams will compete in matches where teams ally with other teams to manipulate objects on the fields to score more points than the other team. Our students will compete in both driver skills and programming skills. They will also be judged on design, teamwork, and documentation of their process. The highest achievement at the tournament is the Excellence Award, which goes to the team with the highest overall performance in all of the above categories.

Awards aside, the awesome part of robotics is the growth that happens during the months that go into teams developing strategies, designing the pieces, building the robot, then testing to see if it works. This process happens over and over as the students iterate to improve the robot. Practicing real skills and teamwork like “engineers and product designers” provide our students with real-world experiences. Students grow accustomed to using tools and creating machines that were just in their imagination which fuels self-confidence. it’s truly rewarding to watch the perseverance of our young teams! It is commendable that students work for so long towards this goal while having fun. We love having robotics both as an Extracurricular Activity (ECA) at NIST and as part of the curriculum in some year levels, and we are looking to expand into further year levels next year. 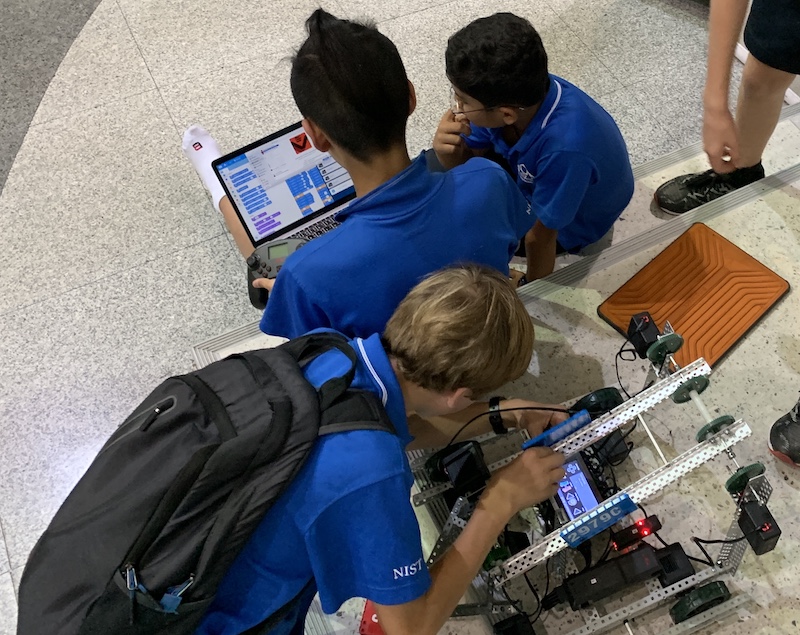